A Series of Circles 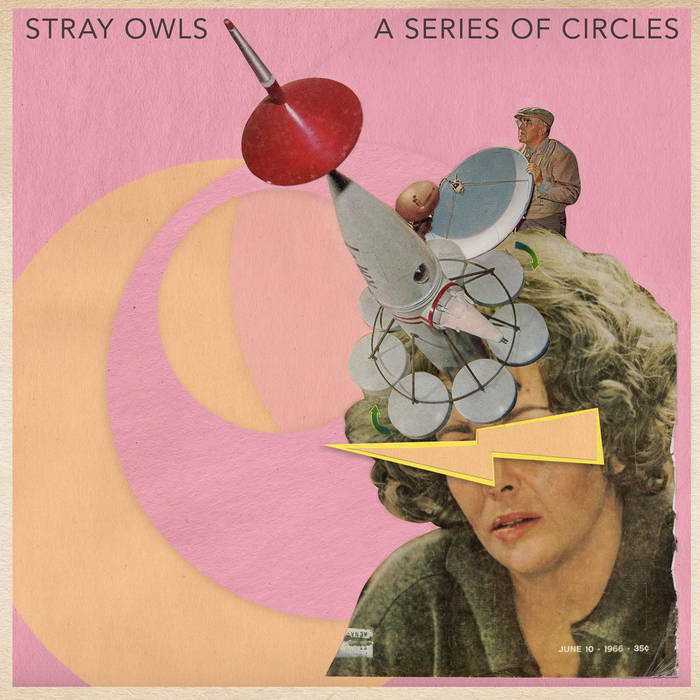 After self-releasing EP’s in late 2015 and early 2016 as a duo, Stray Owls, the Mebane, NC trio of Scott Griffiths, Matt French, and Jerry Kee are ecstatic to be releasing their first full length, A Series of Circles, on February 17th via Potluck Foundation, a Chapel Hill/Durham-based boutique record label for tastemakers and music nerds. Building on the fuzz-folk of their previous releases and live shows, the band fleshed out these recordings by incorporating mellotron, drums, a typewriter, piano, xylophone, banjo, and layers of feedback that all find a place, sprinkled throughout these ten songs. Matt and Scott trade lead vocals and fuse traditional storytelling with stream of conscious imagery that seems to seep into their non-traditional structure of songwriting. Despite being self-taught, they play all the instruments on A Series of Circles, with the exception of drums. The album was recorded by veteran engineer, and newest member of the band, Jerry Kee (Superchunk, Polvo, Schooner, The Kneads), at his Duck Kee Studio (#8) in Mebane, NC. Jerry’s patience and willingness to let the band try things out were paramount to these recordings coming out the way they did. Jerry also handled drums and percussion duties on the album, which added another dimension to the songs the band couldn’t create as a duo. Very shortly after the album was recorded, Stray Owls quietly morphed into a trio. All in all, A Series of Circles was blessed by a few overly calculated last second decisions and some completely random happy accidents. Stay tuned for more.

"As the album unfolds, sonic ghosts of everyone from Nick Drake, Syd Barrett, and Elliott Smith seem to hover benevolently in the ether, as layered acoustic guitars and close-mic’d vocals conjure a profound intimacy, one which is also tinged with sufficient amounts of sonic looniness to prevent the listener being lulled into complacency." – Fred Mills – Blurt Magazine blurtonline.com


stray owls - a series of circles
"stray owls are an indie/rock/folk band from north carolina. their latest album 'a series of circles' is a collection of fuzzed-out, woodsy lofi jams that have achieved a fine balance between strange and catchy.
stray owls employ homespun techniques to reference the psych/folk and eccentric auteur pop of the sixties as well as the hermetic bedroom indie rock of the nineties. they fit in well with the independent, experimental musical tradition of the chapel hill, NC area." - The Modern Folk Music of America:
www.themodernfolk.net


“What “A Series of Circles” builds to, ultimately, is the cousin of Greil Marcus's ever-cited concept of "old, weird America." With its balance of acoustic guitars and fuzzed-out feedback, its tales of loss and isolation and woe, and its rhythms of collapse and decay, Stray Owls represent a sort of new, weird America—one born in Mebane“ – Corbie Hill – Indyweek www.indyweek.com

Bandcamp Daily  your guide to the world of Bandcamp